I’ve been reading Kilian Jornet’s memoir, Run or Die, and I was interested by his technique to keep pushing and make the time pass during races.  He weaves fantasies and gets lost in them, imagining things like “I am a fugitive fleeing the police across the mountains, a medieval knight escaping from the army pursuing him; I am chasing bandits who have set fire to my home.”

I tried out this technique during last night’s Capt’n Karl’s 60K at Pedernales Falls.  Mine turned out to be a little less fanciful than Kilian’s.  Here were my top 5 race fantasies:

1. Imagining that I had finished the race and was handed a cold beer.
I don’t even like beer that much, but during the hot, humid first 18+ mile loop, that sounded really good.

2. Imagining that I was on a water ride.
Throughout the race, I periodically shot blasts of ice water into my face.  For a brief second it would feel like I was on a fun water ride, instead of feeling like I was running at noon on the equator.  (No joke, it was a very effective strategy for cooling myself down.)

3.  Imagining that I was in a Saltines-eating contest.
In one of my trademark goofball moves, I brought only 8 gels per loop, and then some trail mix to fill out the remainder of the calories I’d need.  Towards the end of the first loop, when I ran out of gels, I took a big handful of trail mix and shoved it in my mouth – only to discover that it made my mouth so dry that I couldn’t swallow it.  It took about four minutes and several shots of water to get it all down.

5.  Imagining texting my mom that I’d gotten 3rd place.
Okay, this maybe this one falls into the category of plan old visualization.  Still, I was happy when I was able to actually send the text.

Joking aside, I think Kilian’s strategy has a lot of potential for my runs.  And let’s face it, it’s a lot easier to add this element of his running philosophy to my own training, as opposed to any other aspect of his running.
---
On completely different note, today is the feast of Saints Peter and Paul, and I heard one of my favorite verses at Mass: “I have competed well.  I have run the race.  I have kept the faith” (2 Tim 4:7).  I really feel like every act in our lives can be a chance to cultivate holiness, and for me, running is probably the most spiritual thing I do.  To push myself to my limit, out in the woods, all alone, just because I want to do my best with what God gives me, gives me so much joy.  And for me, an ultra-distance race is a microcosm of life, bringing into sharp relief the knowledge that I’m totally dependent on God for everything.  As my devotional says, “Accept each day just as it comes to you.  Do not waste your time and energy wishing for a different set of circumstances.  Instead, trust Me enough to yield to My design and purposes.”  Geez, is that a devotional or a manual for ultrarunning?
Posted by Julie Schmal at 2:22 PM No comments: 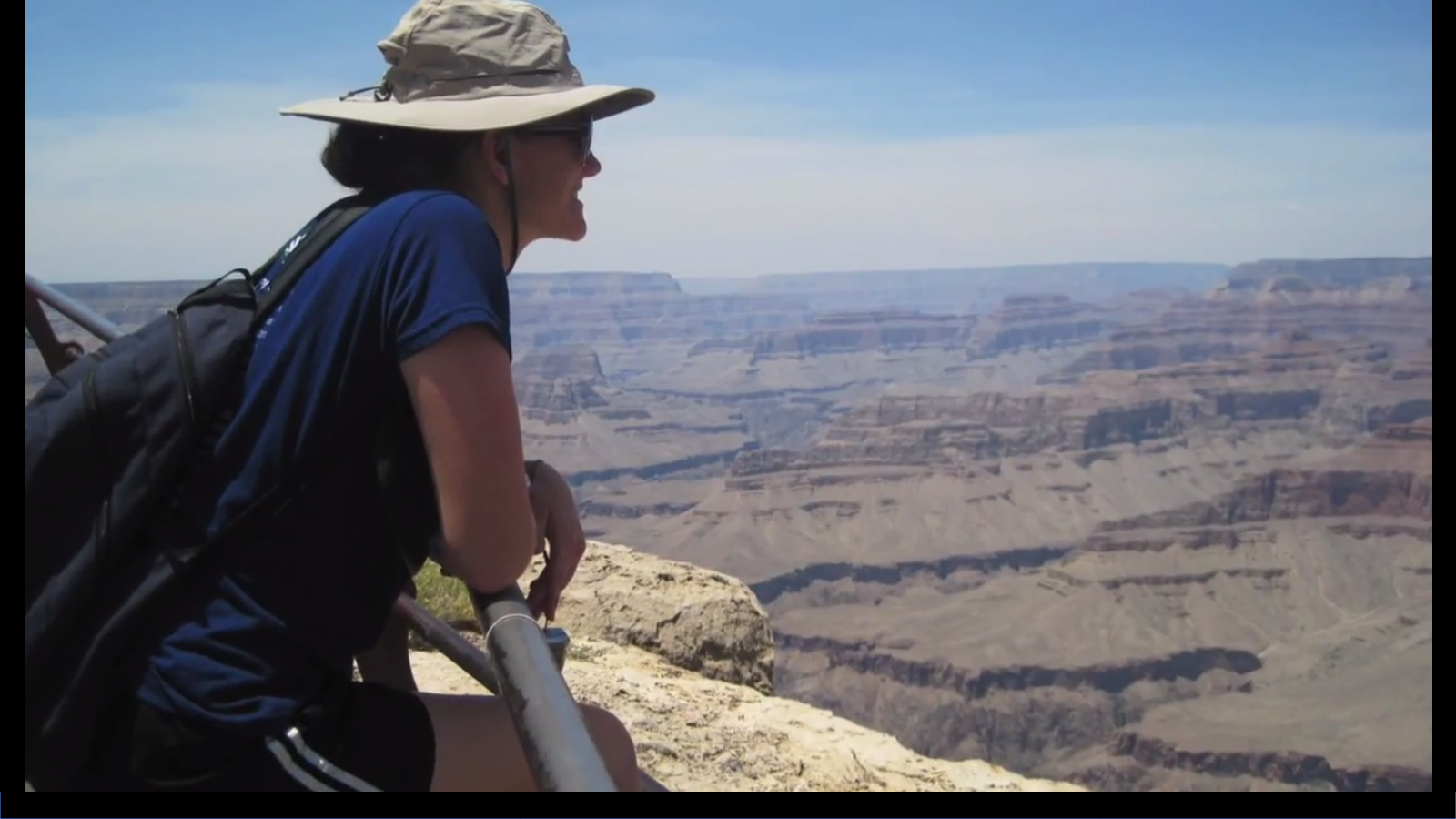 It's been a few weeks now since our double crossing of the Grand Canyon.  Since then, I've been on a couple other trips and haven't found the time to write up a report.  I did want to write up some of the trip logistics, if for no other purpose than to aid me in preparing for the next time I run this route, since it was so amazing!

The Run
Our group met around 3:30am on Friday, May 16.  We planned the run for Friday, so that in case the weather didn't cooperate on Friday, we could still do it Saturday before going home on Sunday.  Our friends shuttled us from the Maswik Lodge to the South Rim trail.

We started down the South Rim trail around 4:00am.  I hiked pretty much the whole way down, to save my quads for the rest of the 48-mile trip.  Later on, I was very glad that I did this.  I had no issues other than sore calves the day after.

We crossed the black bridge over the Colorado River and headed to Phantom Ranch.  For fun, we each weighed our packs.  Mine was the heaviest in our group, at 15 pounds.  Our next water stop was at Cottonwood Campground; then the Pump House shortly after.  The trip from there up to Supai Tunnel felt like a long one.  We had to make our way past a ranger who did her best to encourage us to stop on the North Rim.  Fortunately, we managed to resist her.  From Supai Tunnel to the North Rim was quite steep.

We spent a long time resting at the North Rim.  Running back down, through Supai Tunnel, past the Pump House and Cottonwood, was really fun.  We took a detour to Ribbon Falls, which was surreal.  To see a beautiful waterfall, moss-covered rocks, and croaking frogs at the bottom of the Grand Canyon was unexpected.  I continued to feel good running to Phantom Ranch and then to the Bright Angel trail.  I mostly ran separately from my group and waited for them every couple miles.  We crossed the silver bridge over the Colorado and headed up towards the South Rim.

Darkness fell as Chris and I, now separate from the rest of our foursome, headed toward Indian Gardens.  We waited at Indian Gardens for the rest of our group (which was down to two other people by this time), and then we decided to go in pairs the rest of the way.  It seemed incredibly steep, but I followed the old adage of "relentless forward progress" and remained a couple minutes behind Chris until we neared the top.  He waited for me so we could run in the final few yards.  Jeannie was there at the top to meet us and see us back safely to the lodge.

The goal of our trip was to enjoy the experience and successfully complete the run.  We definitely accomplished that.  My goal for next time will be to see how quickly I can do it.  This time around, we spent a lot of time at rest stops or waiting for other people.  That was fun for the first time, but now I'm already excited to go back again.
Packing

Before our Rim-to-Rim-to-Rim trip, I tried to do some research online to find out what food and gear others had found helpful.  I didn't find much out there in terms of packing lists, so I'll include mine here in case it's helpful to others.  My post-run thoughts are in blue.

During the run, I don't think there was anything I missed and wished I had brought.  I didn't bring my cell phone, because there are only a few places where you can get reception, anyway.

All in all, the trip was a resounding success.  Praise be to God for good weather, good health, and great friends!


Posted by Julie Schmal at 1:10 PM No comments: