The evolution of a break

In February, I decided to put the brakes on racing ultras for the time being (despite the fact that I was already registered for two 100k races in March).  It was too stressful trying to race at suboptimal fitness and worrying about how these races might affect trying to conceive.  And did I mention the suboptimal fitness?  My last few races (Cactus, Bandera, Tarawera) had not gone well. I hadn’t felt good during them, and I hate the feeling of not doing well at races.
So although I wouldn’t say I used the family planning as an excuse to cover my real reason for taking a break from ultras — I don’t think that was the case — I will say that the timing worked out for the best. It’s the right time for a break from racing.  It’s a decision I should have made after I DNF’d at Cactus. Or after not feeling great at Bandera. But I might never have made that decision if not for the other excuse.
At the end of October, after I took a DNF at a race I’ve always said was my favorite ultra of the year, Joe told me he thought I was burned out. He suggested that doing Tahoe 200 and J&J 100k so close together may have resulted in me just being plain tired, and said maybe I needed a break. So I took one, not racing in November or December, but I refused to believe I was burned out, and I continued to train as usual (which is to say, not well, but consistently).
During this time, I ran into my friend Edward on a run, and he said the same thing as Joe — that maybe I was burned out and needed to take a break. But like, a real break. Once again, I refused to listen to someone who knew me better than I knew myself.
Ultimately, I couldn’t make the decision to take a full-stop break from racing until it was no longer just about my running performance, but about someone — the possibility of a someone — besides myself.
When I made that decision in February, I was planning to continue running as usual. That next week, Strava shows I did 61 miles. The following two weeks I ran 35-40 miles a week. Definitely not up to my usual weekly mileage, but still decent.  I went in and changed my “weekly goal” in Strava to 45 miles. And my intention was to continue in that manner.
But the week after that, I finally realized that this is the perfect time to take a break from the stress of meeting any weekly mileage goals. Now would be the time to do those yoga classes I’ve been wanting to do, enjoy hiking and biking, and go to the gym more often. All those things I’d never have time for when all my free exercise time goes toward trying to hit a weekly mileage goal.
So that’s what I’ve been doing. It’s been great, and somehow I’m already in my fourth week of this running break. My running mileage these last three weeks has only been in the teens. I’m not sure how long I’ll continue the break. Maybe until I start to miss running every day.  Maybe that’s the best signal that I’ve turned the corner from burnout and I’m renewed and ready to begin training again.
When I do start training again, I’m thinking about doing something Joe Prusaitis recommended to me a few years ago, at the lodge in Bandera.  To choose a goal race, and legitimately train for it. What a concept.  I’m excited to try that out, as opposed to just racing an ultra every month and running during the week with no specific plan or intentionality in mind.
My other motivation will be to prepare for a R2R2R trip with the Rockhoppers in late September. It will be my second time, and Joe’s first.  I figure, if we aren’t able to have a kid, at least I’ll have adventures like this to look forward to.  A consolation prize, of sorts. Our last R2R2R trip was a blast, and it would be exciting to do it again with Joe.
Life is good. 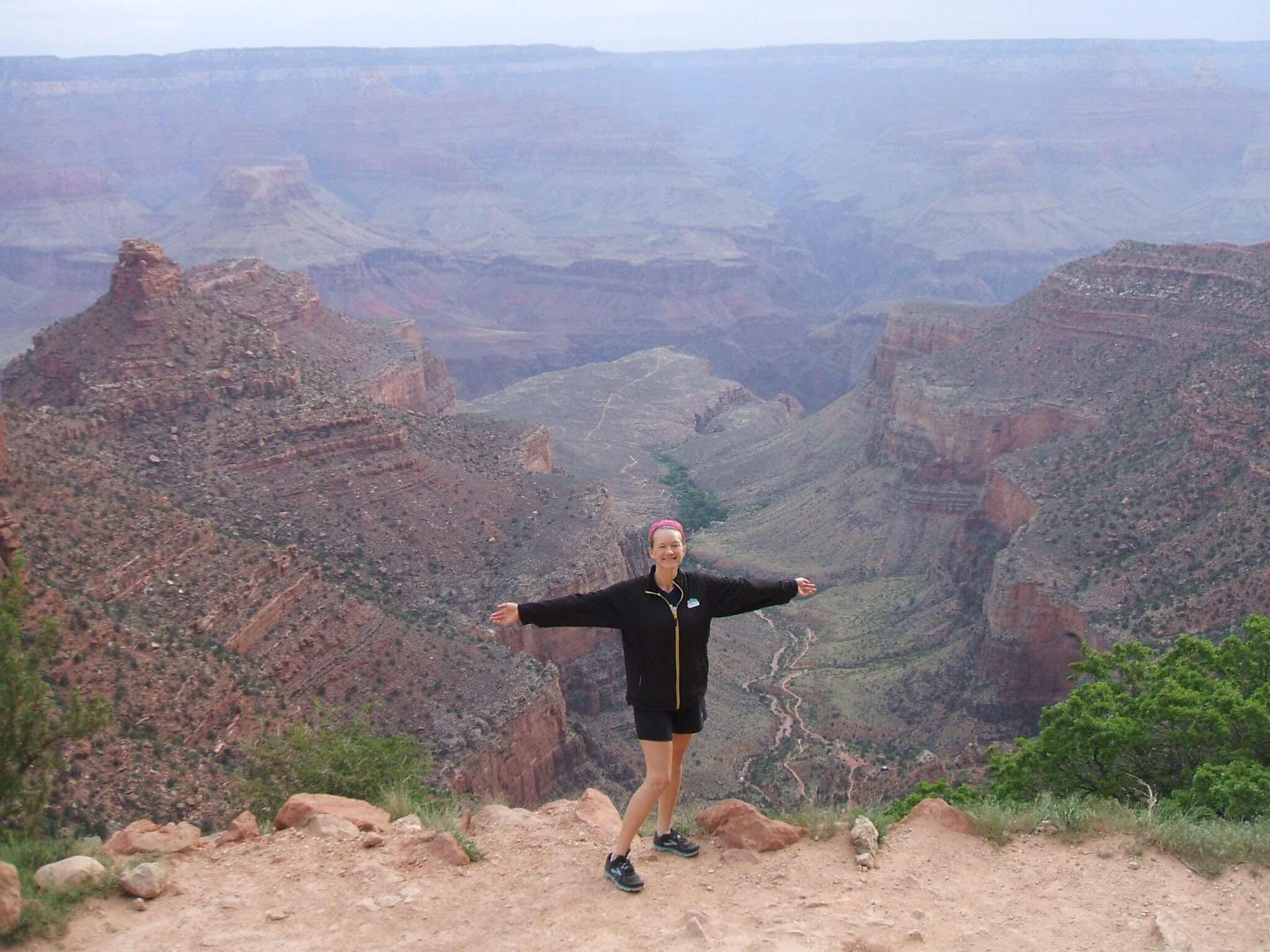 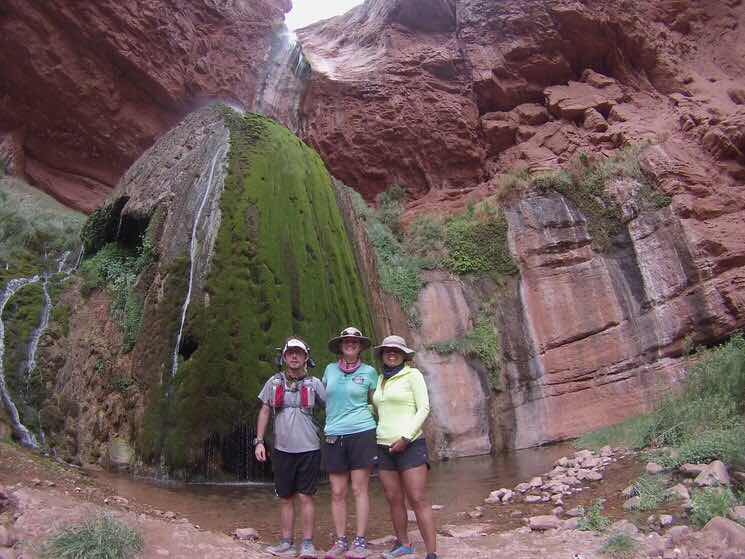 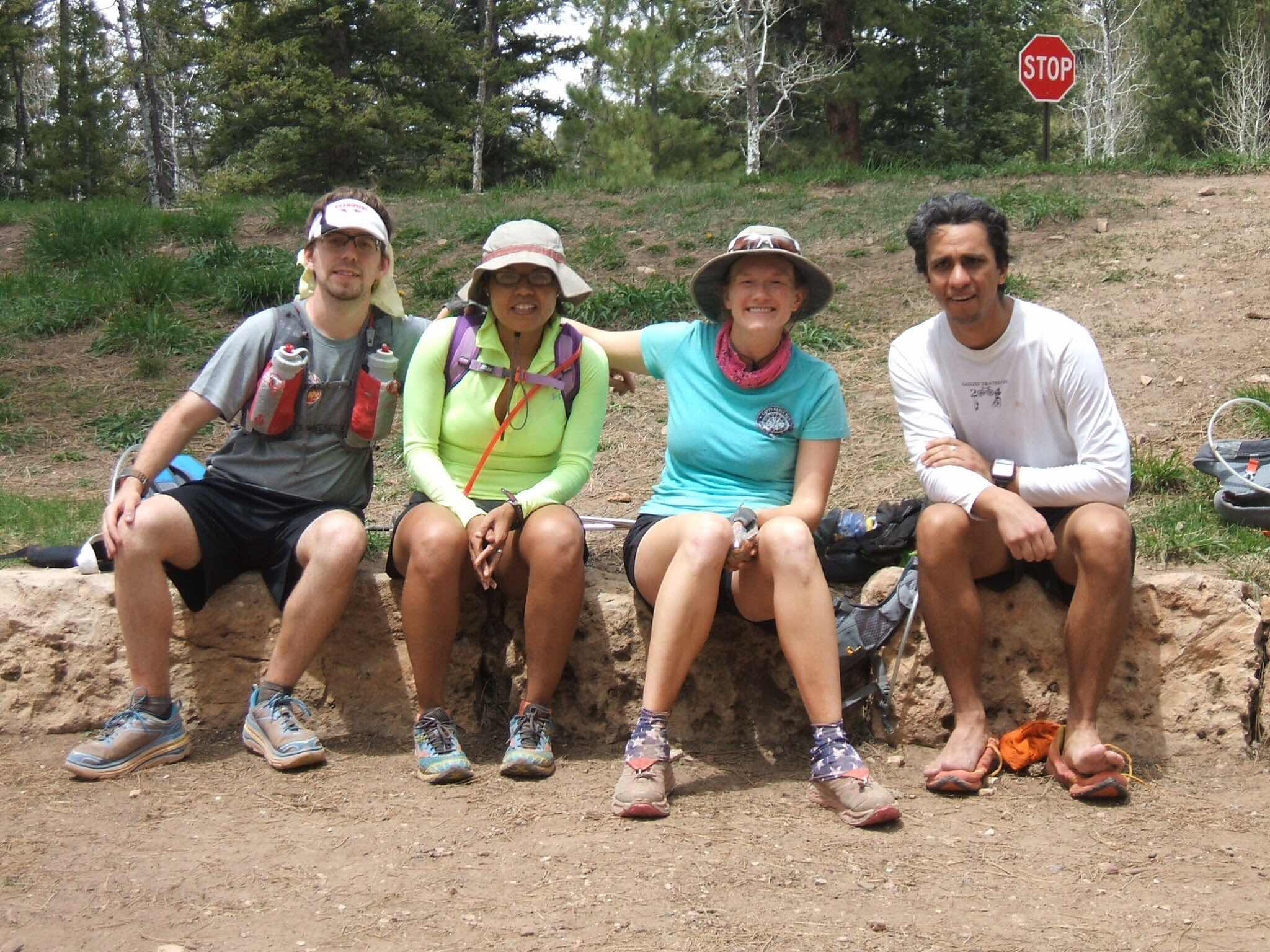 Rest break on the North Rim